“In the five-and-a-half years I’ve worked at GLAAD, I’ve never received so many violently angry phone calls and social media posts attacking GLAAD for us speaking out against these comments,” the media watchdog organization’s vice president of communications Rich Ferraro told The Wrap.

He said those reactions range from those who simply believe as Robertson believes to those who feel that GLAAD and A&E’s actions limit the reality star’s free speech. 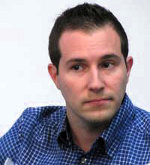 “There’s no negotiation to have; we’re doing the show,” said an insider close to the situation. “We’ll figure out a solution. It’s just not going to happen overnight. Everybody will take a break for the holidays and regroup afterward. That’s probably the smartest thing for everyone to do. Time heals a lot of wounds.”

This entry was posted on Sunday, December 22nd, 2013 at 8:29 am and is filed under Humor, Society. You can leave a response, or trackback from your own site.