Biden was installed as POTUS by the Democrat Party and their Lamestream Media 52 days ago and, during that time, we’ve heard very little from him or about him and his actions. In many ways, Biden is MIA or, at least, whatever he’s doing, e.g., Executive Orders (EOs), is going largely unremarked and unreported upon by the MSM. And, he’s yet to hold a single formal press conference since the “election.” Of course, this has been “explained” by Leftist secondary media sources as being Fox News’ fault. 🙄

Perhaps someone should check the White House’s basement or one of its sub-basements. Punxsutawney Joe has shown an inordinate and, in my opinion, unseemly fondness for such places and such reclusiveness.

So, all humor and sarcasm aside, we, the People really have no real idea if Biden is just doing essentially nothing to-date or if he’s doing things but the Democrat-controlled media is failing to report upon while, at the same time, the few less-than-Leftist outlets are shut out completely. Either way, this is a problem, a potentially existential problem.

A Do Nothing POTUS

In the former case, Biden doing little to nothing of import beyond what little we’ve heard of, this is a problem for our nation because a “Do-Nothing” POTUS is not a good thing. It turns over the reins of governance to the Legislative branch alone. This threat is, however, mitigated in Biden’s case because there’s vanishingly little chance that anything he did or has done was or would be in the best interests of the nation and our People.

But … That begs the question of why is Biden doing so little since taking office and why is he sequestered away from the media. Is he just overwhelmed and incapable of moving forward at a more normal pace due to the vast amount of changes he and his handlers would obviously want to make? Or, is Biden incapable of doing anything safely and is being kept away from the media because dementia has robbed him of cognizance?

That the Democrat-controlled Congress is seeking to strip Biden of both his sole authority to use nuclear force and his War Powers, scarily lends some evidence to the latter possibility – the possibility that the Democrats installed senile and mentally incompetent almost-octogenarian as POTUS and are now mitigating the risk such a person could pose. And that is an existential threat to our nation and people – and to the world at large, come to that.

A Say Nothing Media

The latter option, that Biden quietly doing things but the Democrat-controlled media is remaining silent upon it, is a different yet equally threatening possibility. While less physically dangerous, keeping the American citizenry ignorant of the actions of the POTUS strikes at the very core of our nation and People’s liberty, since a properly functioning democracy depends on an informed electorate.

The path to tyranny normally starts with censorship of negative press about the ruling person or party. In the end, it doesn’t matter if that is enforced censorship or allegiance-derived codes of silence by a complicit media. The latter does, however, indicate that there is a deeper problem in America that patriots will need to solve for.

In the end, it does matter what the issue is with Biden’s apparent lack of activity in office so far. Yet, it is a case where either reason is evidence of a great, glaring, and dangerous problem with both him and the media.

This entry was posted on Sunday, March 14th, 2021 at 11:43 am and is filed under 2020 Elections, Politics. You can skip to the end and leave a response. Pinging is currently not allowed.

Hillary may have failed, despite great effort, to have herself crown as Regina Americanus, but she’s still earned a crown – that of Regina Hypocrisis, Queen of Hypocrisy.

Just recently, Hillary actually said – with her screechy-scratchy out loud voice even and for the record – That, if Donald Trump was anyone other than the POTUS, he’d have been indicted during Mueller’s witch-hunt.

I think there’s enough there that any other person who had engaged in those acts would certainly have been indicted. But because of the rule in the Justice Department that you can’t indict a sitting president, the whole matter of obstruction was very directly sent to the Congress.

This from the womyn who committed various and sundry high crimes against America but who was never indicted?!?! Royal hypocrisy indeed! And proof that this crown is one that Hillary decidedly earned.

This entry was posted on Friday, April 26th, 2019 at 9:04 am and is filed under Politics. You can leave a response, or trackback from your own site. 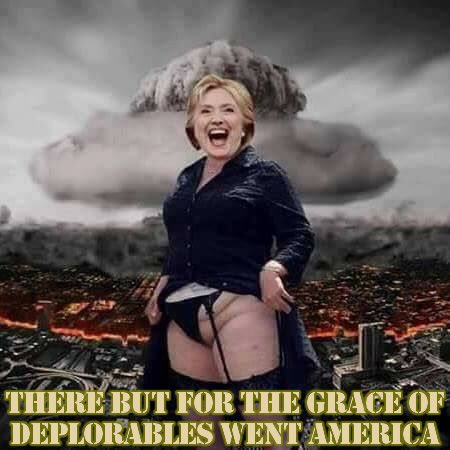 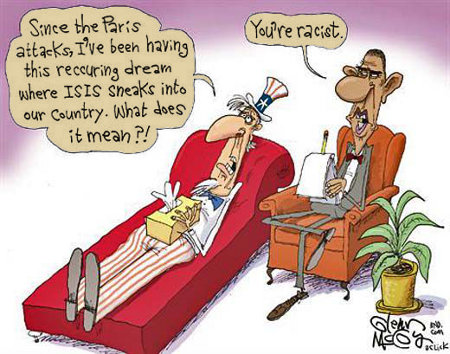 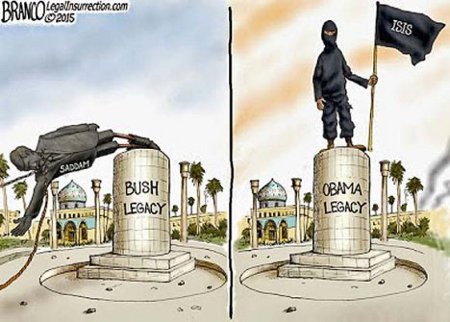