Not that I’m complaining in any way – traffic is, after all, traffic, but there’s an obvious trend appearing. 23 out of 25 of the top posts are in some way fundamentally prurient in nature and only one was primarily political, “Molon Labe.” ðŸ˜†

This entry was posted on Sunday, January 1st, 2017 at 3:00 pm and is filed under Announcements. You can leave a response, or trackback from your own site.

This entry was posted on Friday, June 12th, 2015 at 1:37 pm and is filed under Announcements. You can leave a response, or trackback from your own site.

Not everyone likes Reflections From A Murky Pond. Indeed, some unfortunate souls actually complain about it on a regular basis. 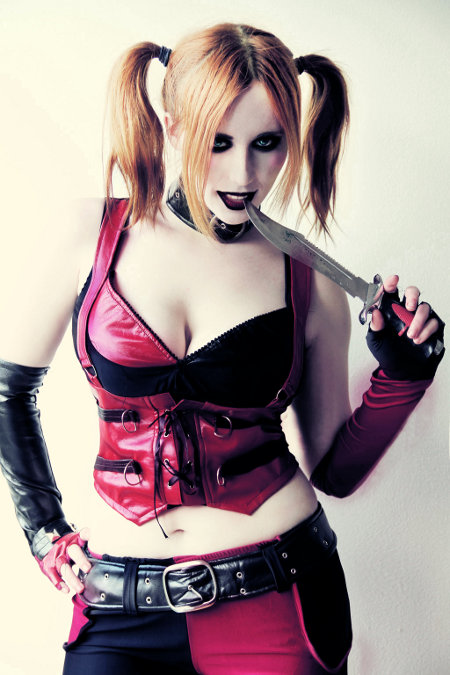 That being the case, I’ve added a complaints department. Harley has promised to cut through the complaints in record time. ðŸ˜‰

This entry was posted on Thursday, April 10th, 2014 at 8:54 am and is filed under Announcements, Humor. You can leave a response, or trackback from your own site.

This marks the 1000th post on Reflections From A Murky Pond during the 4 years, 1 month, and 14 days (1505 days) that this blog has been in existence at the time of this millennial post.

This is a pleasantly surprising course of events since I created Reflections From A Murky Pond primarily for the purpose of testing the WordPress blogging platform.

The first post I made here was published on June 7, 2007 at 1:56 PM EST. It was titled, Marriage: A Contract and is reprinted below:

It is my belief that a great deal of time, effort and emotion is being wasted on the controversies centering on who can marry whom. The time has long ago come where the governments – other than theocracies – must remove religious prejudices from their civil law as it regards marriage. Religion has little or no place in what is essentially a civil contract.

Secular marriage today is essentially a civil contract between individuals that enables them to function in much the same manner as a corporation would. It spells out basic financial conjoinments and allows for the signatories to function as legal proxies for each other in most activities. From a contractual perspective there should be no difference between traditional heterosexual monogamous marriages and homosexual monogamous marriages, and heterosexual, homosexual or bisexual polygamous marriages. In all cases secular marriage law would and should function in a manner similar to a partnership with right of survivorship.

Once religion is added to this all manner of prejudices are invoked. The three major western religions – or sects since they worship the same god – each have strong regulations regarding marriage. While those regulations and restrictions may well be appropriate for the worshipers of those religions, they should have no bearing on secular marriage law. Religion and Law should stay well separated.

It is easy to pass over the civil union struggle as a fringe battle for a minority of the population but you have to look at what I am saying with closer eyes. Christians like Nikki do not just look at this issue and refer to the Bible as their standard rule of law they look at EVERY ISSUE using the Bible as their rule of law. This is a flawed view. The Constitution is the correct document to refer to when speaking of secular law, NOT THE BIBLE, or the Koran, or the Torah, or any other religious text. These books help shape lives and their philosophies of love, kindness, and compassion do a lot of good in the world today. I have a deep sense of respect for religious people the world over. That being said, I am not willing to cede my rights to any faith. My rights are based on the Constitution and the powers set forth therein. Any other view is contrary to the spirit of America and exposes the real goal of the religious right. They want a theocracy.

The Bible, The Constitution, and the James Carville Experiment
by Tom Luffman
November 5, 2004

I do not in any way mean to imply that religions and their church hierarchies should be forbidden to restrict access to their wedding ceremonies and rites. Those religious ceremonies are entirely the purview of the respective religious orders and their church leadership has the express right to grant or deny access to their own rites and sacraments however they see fit. Just as religions should not dictate secular law, secular law should not dictate religious doctrine and dogma.

It’s a little odd looking back on a four year-old post but I still think it was a pretty good one. I would – and may – do it differently now though, reversing the underlying position to focus on getting politics out of religious matters, especially the sacraments, rather than getting religion out of political matters.

In any event, a thousand posts in a little over four years and still going strong with a steadily growing readership! Not bad for a project started for purely technical evaluation purposes, i.e., evaulating WordPress as a CMS for reccomendation to a client.

This entry was posted on Thursday, July 21st, 2011 at 10:56 am and is filed under Announcements. You can leave a response, or trackback from your own site.