What with the raging infection of Political Correctness and censorship that America is suffering from and all, some things have become more and more difficult to do. An example of this is simply posting a picture of a woman with melons… 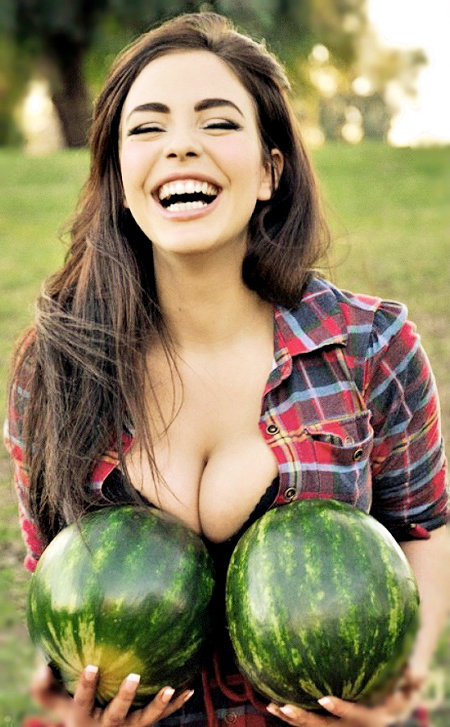 I think, however, I’ve managed this feat with this pic of some delightful and non-Racist melons. at least insofar as any jabbering screams of racism are concerned.

As the babe is White and there’s nothing in her clothing or the setting to indicate “Blackness,” it’ll take some interesting to watch and probably painful to perform contortion of emotion – they don’t actually think – on the part of either Liberals and Progressive or the Blackivists and their “posses” to claim this is racist. Similarly, unless they’re ready to say that watermelons are actually “Black,” thereby validating any and every watermelon joke out there, they can’t even claim it’s cultural appropriation.

Yep! I’m proud to show you all these nice and non-racist melons. 😀

This entry was posted on Saturday, August 29th, 2015 at 8:04 am and is filed under Humor, Society. You can skip to the end and leave a response. Pinging is currently not allowed.