This lack of adoption of ObamaCare by the medical community has its roots in simple, pragmatic economics.  Only 23% of the doctors polled had been given a fee schedule to show much they’ll get paid if they sign up. This, of course, makes perfect sense. 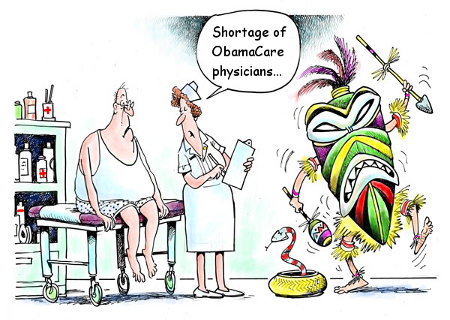 This entry was posted on Wednesday, October 30th, 2013 at 12:55 pm and is filed under Politics, Society. You can leave a response, or trackback from your own site.

2 Responses to “You Won’t Keep Your Doc”