Some things do not change in the course of the steady, often plodding, steps of history. Even as the centuries pass, what was true then is true now. Perhaps this is nowhere so true as in the lack of progression of the Muslims.

How dreadful are the curses which Mohammedanism lays on its votaries! Besides the fanatical frenzy, which is as dangerous in a man as hydrophobia in a dog, there is this fearful fatalistic apathy. The effects are apparent in many countries. Improvident habits, slovenly systems of agriculture, sluggish methods of commerce, and insecurity of property exist wherever the followers of the Prophet rule or live. A degraded sensalism deprives this life of its grace and refinement; the next of its dignity and sanctity. The fact that in Mohammedan law every woman must belong to some man as his absolute property â€“ either as a child, a wife, or a concubine â€“ must delay the final extinction of slavery until the faith of Islam has ceased to be a great power among men. Thousands become the brave and loyal soldiers of the faith: all know how to die but the influence of the religion paralyses the social development of those who follow it. No stronger retrograde force exists in the world. Far from being moribund, Mohammedanism is a militant and proselytizing faith.

The only thing that has really changed is that we’ve put aside the 19th century nomenclature of “Mohammedanism” and now call the cult Islam. All else about it has remain frozen in time and consciousness.

This entry was posted on Saturday, May 3rd, 2014 at 9:14 am and is filed under Religion, Society. You can skip to the end and leave a response. Pinging is currently not allowed. 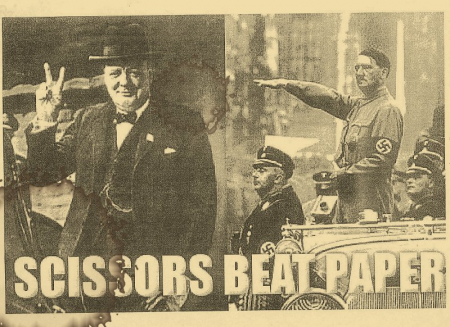 This entry was posted on Monday, January 2nd, 2012 at 10:04 am and is filed under Humor. You can skip to the end and leave a response. Pinging is currently not allowed.