The Muslim group known as JamÄÊ»at al-Tawá¸¥Ä«d wa-al-JihÄd, Daesh, â€œIslamic State,â€ ISIS, or ISIL – Whatever! They’ve been rebranded more than Global Warming – have promised to behead Obama and their supporters have even posted a image of doing so. 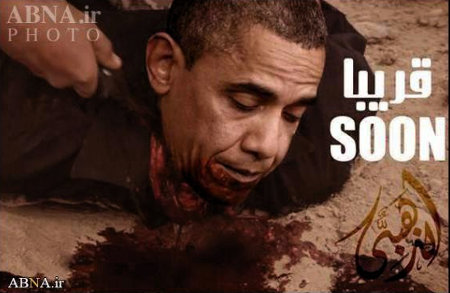 This entry was posted on Monday, May 18th, 2015 at 10:04 am and is filed under Humor, Politics, Religion. You can skip to the end and leave a response. Pinging is currently not allowed.