As there Arab Spring inevitably turns into the Islamist Winter it’s interesting to see the specifics of the fallout from Obama’s recent illegal war in Libya. 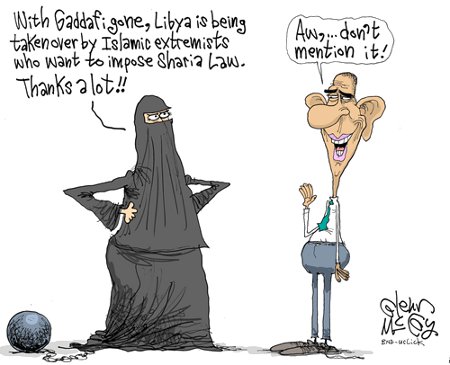 Fortunately for Obama, the lamestream media won’t mention it and, even if they did, his core base “knows what hoes are for” and won’t be particularly bothered by this. 😉

This entry was posted on Tuesday, December 20th, 2011 at 12:43 pm and is filed under Humor, Politics, Religion. You can skip to the end and leave a response. Pinging is currently not allowed.