This entry was posted on Monday, January 18th, 2021 at 7:36 am and is filed under Humor, Religion, Society. You can leave a response, or trackback from your own site.

For Better, Worse, Or Just Odd, Things Have Changed

I’m betting that the preferred positions will change somewhat, but I’m wondering if “raw” and/or “unprotected” with switch from denoting the lack of condom use to the lack of masks. ðŸ˜†

This entry was posted on Saturday, October 10th, 2020 at 8:52 am and is filed under Society. You can leave a response, or trackback from your own site.

This entry was posted on Thursday, August 20th, 2020 at 6:26 am and is filed under Humor, Society. You can leave a response, or trackback from your own site.

This entry was posted on Sunday, January 31st, 2016 at 10:43 am and is filed under Society. You can leave a response, or trackback from your own site. 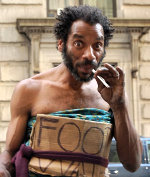 This entry was posted on Monday, January 7th, 2013 at 7:03 pm and is filed under Politics, Society. You can leave a response, or trackback from your own site.