You know how some sorts claim that people who have a negative attitude towards homosexuality are likely to harbor unacknowledged or repressed attraction towards the same sex? Well, the same thing seems to apply to astronomy and cosmology as well. 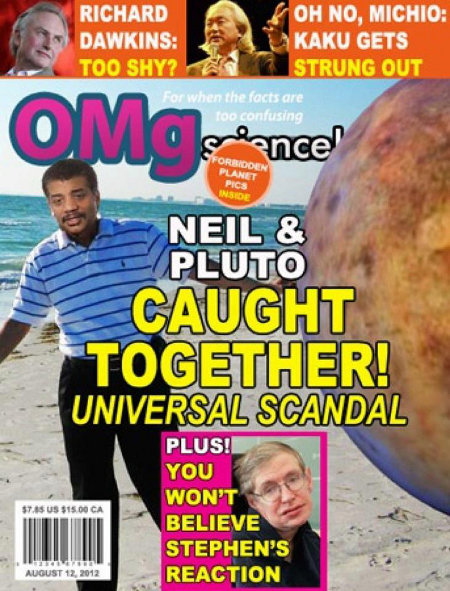 Well, You Know What They Say…

Now there’s a scandal that’s going to rock the halls of science. 😆 Then, so many of us already knew that the foremost Pluto hater in America, Neil deGrasse-Tyson was really on the DL.

This entry was posted on Saturday, June 21st, 2014 at 6:35 pm and is filed under Humor, Society. You can skip to the end and leave a response. Pinging is currently not allowed.