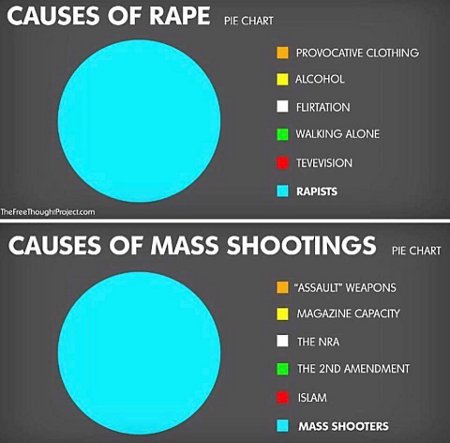 Yes, it’s in our nature to seek out who or what is to blame for any crisis – sometimes so much so that common decency is left by the wayside. Of course more consistently and less hypocrisy when it comes to blame would be nice. It’s a shame that the hoplophobic Left can’t manage that. Then, consistency and probity aren’t in their natures.

This entry was posted on Wednesday, October 11th, 2017 at 6:02 am and is filed under Politics, Society. You can leave a response, or trackback from your own site.