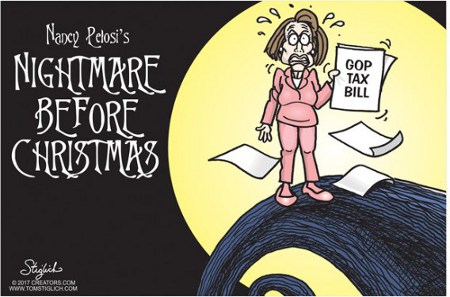 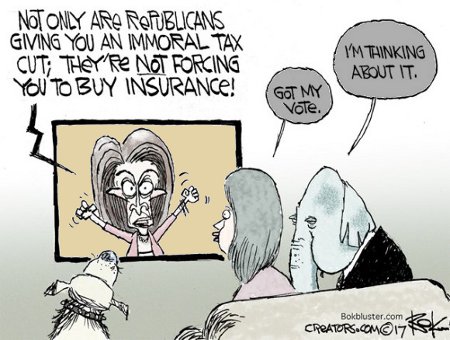 This entry was posted on Sunday, December 24th, 2017 at 9:12 am and is filed under Humor, Politics. You can skip to the end and leave a response. Pinging is currently not allowed. 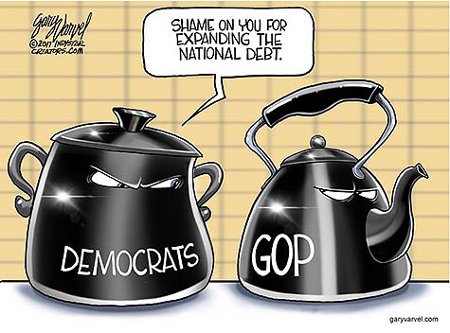 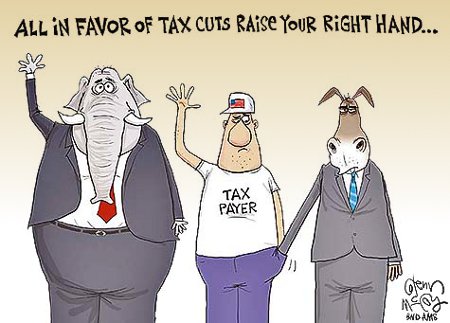 That $1,000 a year works out to about $40 a paycheck that families wonâ€™t have to spend or save. Although opponents of the payroll tax cut might say $40 isn’t much, we know thatâ€™s not the case.

This entry was posted on Friday, December 22nd, 2017 at 12:47 pm and is filed under Politics. You can skip to the end and leave a response. Pinging is currently not allowed. 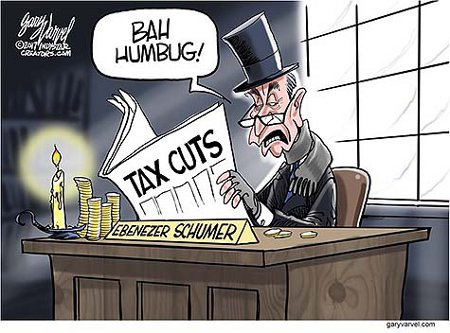 Yep! Humbug pretty aptly sums up Schumer’s opinion – and that of every other congressional Democrat, exactly none of which voted in favor of it – of Americans’ Christmas gift, significant tax cuts across all taxpaying brackets.

This entry was posted on Thursday, December 21st, 2017 at 11:32 am and is filed under Politics. You can skip to the end and leave a response. Pinging is currently not allowed.