There may be some hope for America after all, but it’s an untold hope since their are far too many people in the government, the Leftist media, and the “Black Community” who have done and will continue to do anything in their power to ensure such hope remains untold. 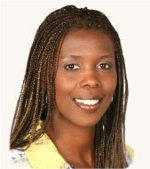 Despite the rantings of Liberals and those minorities that base their fame, power, and wealth upon race-baiting antics, the beliefs and desires of the majority of Black population do not seem fall in line behind these jabbering rabble-rousers.

They are reported to have a far different and more honest, introspective, and realistic view of the causes of- and cures or ameliorations for any economic troubles that they might be facing.

Their views also seem to fall directly inline with those of Whites in similar economic straits.

, and President of the Coalition on Urban Renewal and Education (CURE) Star Parker says what the grievance-mongers and their Liberal media enablers don’t want Americans to hear:

The NAACP says it was “snookered” by Fox News on the Shirley Sherrod story.

I say we’ve all been snookered by the NAACP.

The NAACP has shown that those who have written this organization off as irrelevant are wrong. It demonstrated this past week that if it so chooses it can dominate the national discussion with its racial agenda, regardless of what the real pressing issues of national concern may be.

The accusation about Tea Party racism is ridiculous. But even if you don’t think it’s ridiculous, is this the discussion we need to be having when national unemployment hovers at ten percent, and when black unemployment is closer to 15%, double that of whites?

Now, of course, we should be talking about racism if this is what is driving black unemployment. But is it?

I don’t think so. Nor do most blacks.

In January of this year, well into our recession, and well into the emergence of the Tea Party movement, the Pew Research Center surveyed black attitudes.

In answer to the question, “When blacks don’t make progress, who or what is to blame?”, 52% of blacks responded that “blacks” themselves are “mostly responsible”, and 34% said “racism.” This is the reverse of how blacks responded to this question just 15 years ago, when 56% said that racism was the impediment to black progress.

In the same survey, blacks responded almost identically as whites to the question of whether success in life is “determined by forces beyond one’s control” or whether “everyone has the power to succeed.”

And when blacks were asked in this same survey about the main problems facing black families, the response was overwhelmingly exactly the same as the general result of the Gallup poll of last week. Jobs.

So, Americans of all colors today generally feel responsible for their own lives and the main concern of most is the sick state of our economy.

From what I can see Star Parker was referring to the 2007 Pew Research Center study on racial attitudes. It was a solid and hopeful study which I’ve referenced here before. Though, even then, it was in the context of disgust and borderline disillusionment.

Thankfully, Parker’s editorial goes a fair distance in counterbalancing that disgust and disillusionment. It’s heartening – and a bit sobering – to be so eloquently reminded that the caricature that the MSM prefers to paint of the Blacks in America is not necessarily indicative of their real attitudes. Only a minority, albeit a large if shrinking one – of the Blacks have been successfully indoctrinated by the Liberals and the race-baiting grievance-mongers that act as their overseers.

But of course the hope for America – and, frankly, for the Blacks within it – that Star Parker offers up is a largely untold hope. The Liberal media would only report upon it if they could luck into or arrange for someone of the ilk of Al Sharpton, Jesse Jackson, or the newer “leadership” of the NAACP to attack Parker for being an “Oreo.”  Hence, aside from a few outlets, this will remain an untold hope.

If you’re interested in finding out more about Star Parker’s views on the state of “Black Community” and the effects that the American government’s intervention in their lives has had, I highly recommend her book, Uncle Sam’s Plantation. I’ve included a link to it at Amazon and an excerpt from the official review to make things easier.

In Uncle Sam’s Plantation, Star Parker eloquently offers five simple yet profound steps that will allow the nation’s poor to go from entitlement and slavery to empowerment and freedom. By way of example Parker shares her own amazing journey up from the lower rungs of the economic system and addresses the importance of extending the free market system to this neglected group of people. Emphasizing personal initiative, faith, and responsibility, she walks readers toward releasing the hold poverty has over their lives.

This entry was posted on Tuesday, July 27th, 2010 at 7:09 pm and is filed under Politics, Society. You can skip to the end and leave a response. Pinging is currently not allowed.