Some people – mostly the Liberal multiculturists – would have the besieged peoples of the Civilized World believe that they must not only tolerate but accept as valid the cultures of other peoples, even those of the more feral populations which based upon quasi-values that are antithetical to Humanity and Civilized life. Their primary postulate seems to be that our similarities outweigh our differences.

I all honesty their postulate is not entirely fallacious; Mankind and our near-kin are, at a base level, more alike than we are different. We laugh, we cry, we love, we hate – and, if we are sufficiently provoked by people’s deeds, we become outraged. 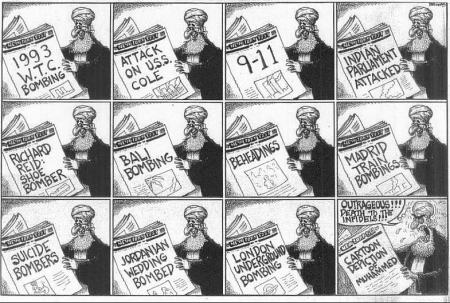 This entry was posted on Sunday, July 25th, 2010 at 7:58 am and is filed under Society. You can skip to the end and leave a response. Pinging is currently not allowed.