Lynne Albuquerque, who is White and a Long Island school teacher at Alverta B. Gray Schultz Middle School in Hempstead, NY, was threatened with a particularly severe variety of sexual assault by a Black student identified solely as “N.L..” The school’s Assistant Superintendent, Rodney Gilmore, another Black male, responded by filing disciplinary charges against her and moving to terminate her employment.

When I get done ramming you, I’m gonna bag your daughter, then ram the bitch through the whole gang! 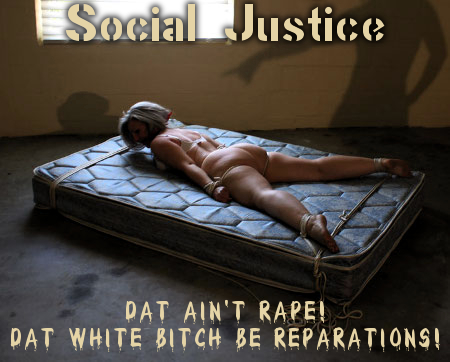 This entry was posted on Thursday, December 3rd, 2015 at 7:58 am and is filed under Society. You can leave a response, or trackback from your own site.