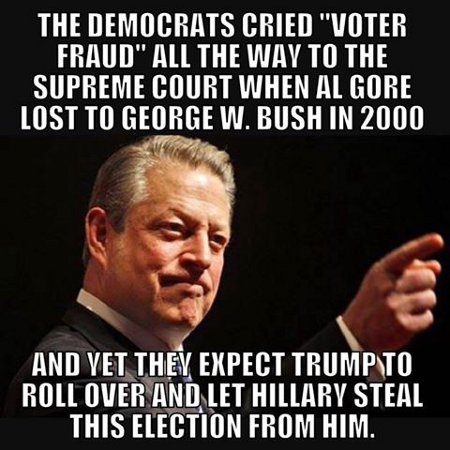 The Party of NoBama

The Democrats, desperately trying to maintain their control of the House and/or Senate in the 2010 Congressional Mid-Term Elections which are predicted to be a bloodbath, have hit upon a new strategy – pruning away their dead wood and more embarrassing characters.

The first Democrat to fall before the proverbial headsman’s act was President Obama himself, who had galvanized and inspired them in 2008 but whose various actions, inactions and rhetoric have alienated and angered the majority of the American populace. 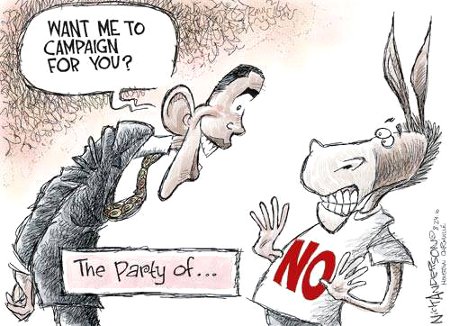 Obama: Want Me To Campaign For You?

Not only do many Democrat candidates not want Obama to campaign for them, they refuse to even mention his name while on the campaign trail.

Al Gore failed to mention President Barack Obama at a campaign rally in Florida as Democrats extended their new tactic for next month’s elections – ignoring the man who so inspired them in 2008.

Representative Kendrick Meek, the Democratic candidate for the United States Senate in the November 2nd mid-terms, also neglected to let Mr Obama’s name pass his lips during an appearance with the former vice-president in a union hall.

Instead, the black congressman lauded “President Gore” – a reference to the 2000 election, when hanging chads in Florida and the US Supreme Court cost the Democrat the White House.

With their party facing a possible landslide defeat in a month’s time, Democratic candidates are running away from Mr Obama and his record. Polls indicate Democrats could lose control of the House of Representatives and perhaps even the Senate, a result that could cripple to Obama presidency.

In Tampa, neither Mr Gore nor Mr Meek made direct reference to Mr Obama’s historic health care legislation, his proudest achievement, or the financial bailout. Both measures are unpopular with all but hardcore Democratic supporters.

Two years ago, every Democrat in the country was invoking Mr Obama’s name as they hoped to ride on his coat-tails to electoral victory. This year, he is a near-pariah, with many of the party’s candidates doing everything they can to distance themselves from him.

From Messiah to Pariah in just under two years. I believe that President Obama may have set some sort of record for political and personal collapse and failure. I’ve never heard of any elected head of state becoming anathema to their own political party any where near so quickly.