Claude-FrÃ©dÃ©ric Bastiat, a 19th Century economist and political philosopher of the French Liberal School – think proto-libertarian – was more than a little concerned about society turning its back to what is good and embracing what it is evil.

This entry was posted on Sunday, May 27th, 2018 at 10:55 am and is filed under Ethics & Morality, Philosophy, Politics, Society. You can skip to the end and leave a response. Pinging is currently not allowed.

In my rarely humble opinion, it’s a sad thing that the majority of people don’t believe that there’s any such thing as “Good Muslims.” This is patently untrue; both the world and history are filled with literally billions of good Muslims, Muslims who neither claim nor offense and who commit no acts of evil and/or savagery in their name of either their God or their Pedophile Prophet.

The World Is Filled With Good Muslims

This entry was posted on Monday, August 18th, 2014 at 10:04 am and is filed under Politics, Religion, Society. You can skip to the end and leave a response. Pinging is currently not allowed. 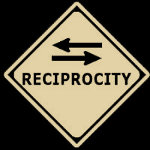