Meetings, normally via Skype or Zoom, are the one bit of corporate interpersonal interaction left for many in these ongoing months of the COVID-19 pandemic panic. They’re important! So, remember to change out of your new-normal businesswear and into your approved meeting attire. 😆

This entry was posted on Saturday, September 5th, 2020 at 11:15 am and is filed under Humor, Society. You can skip to the end and leave a response. Pinging is currently not allowed.

In 1867 John Stuart Mill said, “Bad men need nothing more to compass their ends, than that good men should look on and do nothing.“ And Reverend Charles F. Aked, Edmund Burke, and other worthies have, over the course of centuries, voiced similar truths. So, why aren’t we listening and acting upon these words?

This entry was posted on Saturday, August 1st, 2020 at 1:18 pm and is filed under Politics. You can skip to the end and leave a response. Pinging is currently not allowed.

Yeah, we can all forget about suits and ties. We can say goodbye to sport coats or blazers with a button-down shirt and slacks. We’ll even need to leave our polo shirts and chinos in the closet. The days of the various businesswear dress codes are over.

Yes, the new businesswear for Coronavirus and beyond is and will be pajamas, a comfy robe, and slippers. There’s no point in anything, given that telecommuting / remote work is currently “required” for most people and that is not going to change even after the panic over this disease fades in favor of the media’s next trick.

This Is Our New “Reality”

Don’t expect things to go back to how they were before. This is our new normal. There may be a short term rush back to the office, but it won’t last for most of us. We’ll fairly quickly be heading back home to telecommute.

Companies in several verticals have now learned that they can have mostly remote workers and they’ll quickly realize that it is cheaper and more profitable to continue this.

And there’s even the perfect, recurring rationale for it. COVID-19 is functionally “just” a severe seasonal flu. So, next year’s flu season has just as much “need” for self-quarantining, social distancing, and sheltering in place to some extent. The seasonal flu does, after all, kill 12,000 – 61,000 Americans every year and hospitalizes another 140,000 – 810,000.

So yeah, better for the companies’ bottom line and easily rationalized as a responsible and compassionate course of action. Get used to your jammies, robe, and slippers, my friends. 😉

This entry was posted on Friday, March 27th, 2020 at 9:52 am and is filed under Humor, Society. You can skip to the end and leave a response. Pinging is currently not allowed.

The Astounding World of the Future 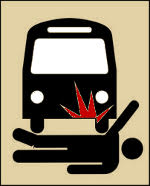 This entry was posted on Monday, July 29th, 2013 at 1:29 am and is filed under Politics, Society. You can skip to the end and leave a response. Pinging is currently not allowed.