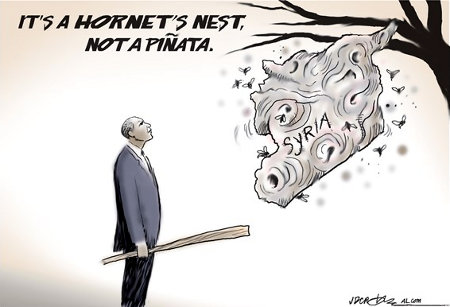 ACORN has decided to begin the process of dissolving it’s national hierarchy. An official who is close to the group claims that the numerous state and local-chapters are beginning split off from national group. These newly “autonomous” groups will re-brand themselves under one or more different names, charters, and corporate filings within the stats that they will conduct their operations within.

The embattled liberal group ACORN is in the process of dissolving its national structure, with state and local-chapters splitting off from the underfunded, controversial national group, an official close to the group confirmed.

“ACORN has dissolved as a national structure of state organizations,” said a senior official close to the group, who declined to be identified by name because of the fierce conservative attacks on the group that began when a conservative filmmaker caught some staffers of its tax advisory arms on tape appearing to offer advice on incorporating a prostitution business.

The videos proved a rallying point for conservatives who had long accused the group of fomenting voting fraud. Though the videos did not produce criminal charges, they appear to have been fatal to the national organization.

“Consistent with what the internal recommendations have been, each of the states are developing plans for reconstitution independence and self-sufficiency,” said the official, citing ACORN’s “diminished resources, damage to the brand, unprecedented attacks.”

The new organizations, he said “will be constituted under new banners and new bylaws and new governance,” he said, consistent with the recommendations of an outside panel.

Much of the group’s strength lay in its local chapters in places like New York, which appear to be continuing to operate as normal. New York’s City Hall News reported today that the local group there had re-emerged under the name “New York Communities for Change.”

At first read this definitely seems to be a great victory for the American people. Anytime a nationwide criminal, racist, thuggish, and anti-American organization is broken by the will and efforts of we, the People, the first instinct is to rejoice in our victory, to celebrate it, and to move on to the next challenge facing us.

Americans must not do that this time!

Yes, we have exposed the plethora of ever devolving and ever more disgusting crime, corruption, and sickening behavior that ACORN commits, endorses, and even revels in. The results of that exposure has been: a long series of criminal charges being filed against ACORN, their loss of sources of funding from the private sector, and the loss of much of their previous influence over Congress. This has caused the long overdue collapse of ACORN’s national structure.

ACORN is still ACORN, even under new aliases and a decentralized organizational model. They are still villains as they have always been and they will not change their course or ways.  All that has happened is that ACORN, in response to being exposed and attacked, has adopted a new model of business, one with a long history of success for those who operate in aggression against a larger body.

They have broken apart into separate cells, each officially autonomous and with only limited traceable communications with each other and/or knowledge of each others’ whereabouts and activities.  Such a move on their part will make it easier for ACORN to continue their evil since make it far harder for Americans to curtail their operations and to prevent them from receiving both private and public funding. Even if and when a group is caught, the other groups will be untouchable by the law due to their ability to maintain plausible deniability.

This decentralized network of cells worked for the Mafia, the French Resistance in WW2, and continues to this day to work for terrorist groups such as Al-Qaeda and the Taliban.

No – While America has won a victory, it was only a victory in a single hard-fought battle. Our war is far from over and, if we are are to prevent ACORN from winning in the end, we must remain ever vigilant and ever willing to take whatever steps are needed to wreak complete, utter, and final destruction upon ACORN, its membership, and its supporters.

This entry was posted on Wednesday, February 24th, 2010 at 7:22 am and is filed under Politics. You can skip to the end and leave a response. Pinging is currently not allowed.