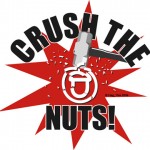 President Obama’s old employer, ACORN is finally reaping the just “rewards” for their heinous, criminal, racist, and anti-American actions and beliefs. Americans have finally awakened to these filthy vermin’s evil and have, with great effort, forced the government to take at least some action against ACORN.

It’s long past time that this happened!

ACORN, who now wishes to be called COI, was going to be – most likely to the detriment of America – part of the 2010 Census. Thankfully, in wake of the plethora of ever devolving and ever more disgusting crime, corruption, and sickening behavior from ACORN, that is no longer the case. The US Census Bureau has cut them off!

Over the last several months, through ongoing communication with our regional offices, it is clear that ACORN’s affiliation with the 2010 Census promotion has caused sufficient concern in the general public, has indeed become a distraction from our mission, and may even become a discouragement to public cooperation, negatively impacting 2010 Census efforts.

Unfortunately, we no longer have confidence that our national partnership agreement is being effectively managed through your many local offices. For the reasons stated, we therefore have decided to terminate the partnership

Even better, the US Senate has voted 83-7 to prohibit the Department of Housing and Urban Development (HUD) from granting any further funds to the supposed “community organization.”

With so much in the air about the need for bipartisanship, I’m very glad my colleagues rose above partisan differences to say ‘no’ to sending more tax dollars to ACORN-whose employees have multiple convictions of undermining our democratic process, our laws, and our good faith.

Yes, this was in fact a bipartisan effort with only six Democrats and one Independent voting in favor of continuing to grant ACORN federal funding of any sort.

Various American lawmakers are also calling for further investigations into ACORN’s criminal practices and are calling for a review of ACORN’s 503(c) non-profit status. How far this will go and how many gains America can make against ACORN is unclear. Democrats control both houses of Congress and therefor control every committee. Most problematical is that the House Judiciary Committee is chaired by Rep. John Conyers (D-MI) who has already been ordered by the Liberals not to investigate ACORN. It’s unlikely that he’ll now disobey them.

There is also the problem that ACORN’s organizational structure makes it very difficult for the law to fully exact justice and retribution upon these creatures. ACORN and it’s various front groups and subsidiaries are broken out into numerous cells, each operating semi-independently and only having limited and strictly sanitized communication with each other. Furthermore they each operate under broadly worded mandates and have even more limited and strictly sanitized communication with their parent organization.

This is a sadly effective organizational structure for groups like ACORN and one that American’s have become all too familiar with in recent years. 🙁

Please remember that the government can only do so much, especially the federal government. With the Liberals in control of it, this is even more true than it would be otherwise since they’re likely wroth to do much against President Obama’s “pet” organizers who did everything that they could to get him installed as POTUS.

It will devolve to we, the People, to carry the war to ACORN’s doors. If Americans are to rid themselves of this scourge then we must each do our part to ensure that ACORN in all its forms, its members, its adherents, and its supporters are destroyed and removed from presence and influence in the public and/or political sphere.

This entry was posted on Tuesday, September 15th, 2009 at 12:51 pm and is filed under Politics. You can skip to the end and leave a response. Pinging is currently not allowed.

One Response to “The Acorn Falls”