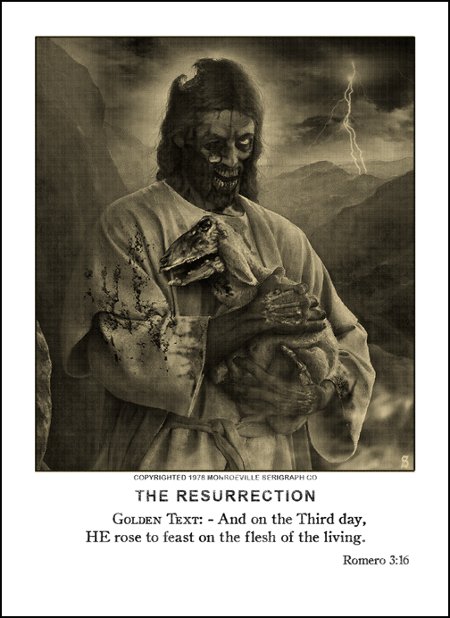 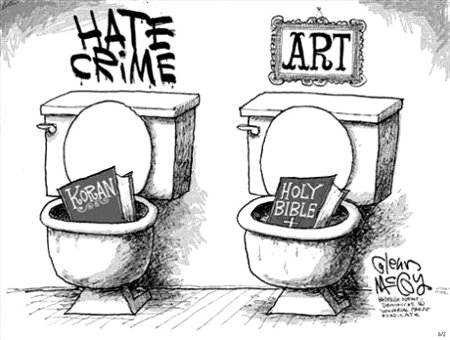 This imbalance in response to insulting Islam vs. insulting Christianity is, however, fairly easy to understand once one stops looking for a singular reason for the prejudicial treatment. It’s actually the synergy between several disparate pernicious factors that are the blame.

All across the Civilized World Muslims are “other.” They are mostly non-Whites in “White nations,” have wildly different linguistic and cultural roots, and hold themselves separate from the cultures of their host nations. The Liberals’ oikophobia drives them to support these Muslims and to attempt to offer them every special protection, aid, and comfort that they can manage.

That the major nations of the Civilized World have been at war with Muslims for years just fuels this further. Since their oikophobia demands that Liberals believe we’re in the  wrong they support our enemies in such ways as they can and are foolishly allowed to.

It really can’t be argued against by rationale minds that Muslims across the globe, seemingly irrespective of what underlying culture was subsumed by Islam, are violent and savage, prone to hysterical fits of feral rage when offended. Worse, it takes almost nothing by civilized standards to set them off en mass.

And it works for them.  Many people, lacking courage or conviction fear the violence of Muslims and will accept the dhimmi’s yoke in order to appease them. They may carefully claim that they believe that Islam is the Religion of Peace and the violence is a small aberration of a few extremists, but the fear belies this and is endemic in the Civilized World.

For the Godless in the West Christianity is dominant religion and is often the one that the Godless have rebelled against in this first place. Islam is merely a minority religion with, for now at least, limited power to affect change.

Since the Godless’ goal is the destruction of religion it makes sense that they would focus on the strongest religion. If they can destroy or cripple any and all expression of Christianity, Christian morality, and Christian thought in the public square then they’re sure that they can do the same to any lesser followed faith such as Islam.

So Zombie Jesus is offensive, but safely offensive – it might even be hailed as art – but any depiction of Muhammad, insulting or not, is considered wrong. That’s a sad and bigoted thing as is any case where standards are not equally applied.

This entry was posted on Tuesday, May 31st, 2011 at 8:27 am and is filed under Politics, Religion, Society. You can skip to the end and leave a response. Pinging is currently not allowed.