As is quite usual, Obama refuses to accept any responsibility for his failures and the geopolitical and economic wreckage that they’ve exacerbated. Speaking at Orlando, FL’s WESH anchor Jim Payne, Obama pontificated:

This is a great country that had gotten a little soft, and we didn’t have that same competitive edge that we needed over the last couple of decades.

Much like his earlier jabbering about being an American, the boy’s latest screed is nothing but cynical and self-serving twisting, warping, and perverting of the truth to shift the blame for America’s predicament onto someone – anyone’s – else’s shoulders. 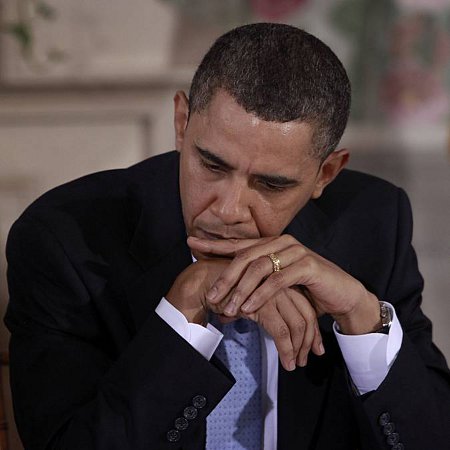 Who Can I Blame For This? It Can’t Be My Fault!

Yes, it’s sadly true; America got much more than a little soft over at least the last half-century. It just didn’t get soft for the reasons or in the manner which Obama alluded to and implied.

The growing cancerous weakness within the belly of America came from Liberalism and the neo- and/or quasi-Socialist policies it’s followers gained the power to enact the American people.

Labor unions, the vast social programs, the civil rights movement, and feminism are what led to this “softening” of America and to our current economic problems.

Please note that all of the above also did and continue to do some good. They were just enacted for the wrong reasons and therefor easily suborned for harmful purposes.

A strange and pernicious cult developed within our nation’s borders, a cult of weakness. Our domestic enemies, the Liberals and Progressives, and their minority tenants not only preached the tolerance of weakness and personal failure but actively endorsed and supported it under the guise of “compassion” and various perversions of “justice.”

It was inevitable that, once equality of result or outcome, was made of paramount importance irrespective of individual merit and the decision was made to elevate the lifestyles of the lower echelons without regard to their abilities, economic collapse would be the result.

Yes, we’ve gotten soft and now we’re paying the price for that softness. It’s past time to harden our hearts and do what is necessary to restore and rebuild America’s greatness by any and all means at the the disposal of we, the People.

This entry was posted on Sunday, October 2nd, 2011 at 12:14 pm and is filed under 2012 Election, Politics. You can leave a response, or trackback from your own site.