All Those Racist Countries

Look At All Those Racist Countries!

Damn! Look at all those racist countries out there past America’s borders. They all require a photo ID in order to vote. Hellfire! Some, e.g., India and Iraq, even physically mark voters after they cast their ballots.

Let’s face it; if requiring Voter ID is racist, as the Dems keep claiming, then these are a bunch of racist countries. Of course, you’ll never hear a Dem or likely Dem voter claim these countries are racist. Much like so many other “racially charged” things, the Dems only believe it’s wrong if America does it.

This entry was posted on Wednesday, May 5th, 2021 at 11:16 am and is filed under Politics. You can skip to the end and leave a response. Pinging is currently not allowed. 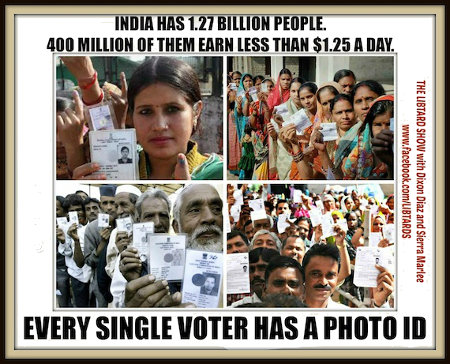