It’s the mainstream expectation that Hillary Clinton will both run for President in 2016 and be the Democrats’ nominee. Certainly, with the MSM having already decided this, it’s the mainline chance. 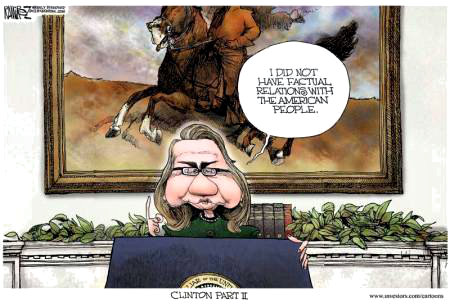 So, we’re looking at Clinton Part Deux, which is most definitely a superficial, unnecessary, and overly bad sequel to its predecessor. But “what difference does it make?”

The Democrats had their “Bro” and now they’ll enter their “Ho” into the race for the Presidency. Nothing much will change except that “Racism” will be replaced by “Sexism” as their mantra.