Obama is a creature of words far more than deeds. He is an instigator, not a doer. Hence, it is noteworthy when either he chooses to speak or to remain silent as either are very telling. 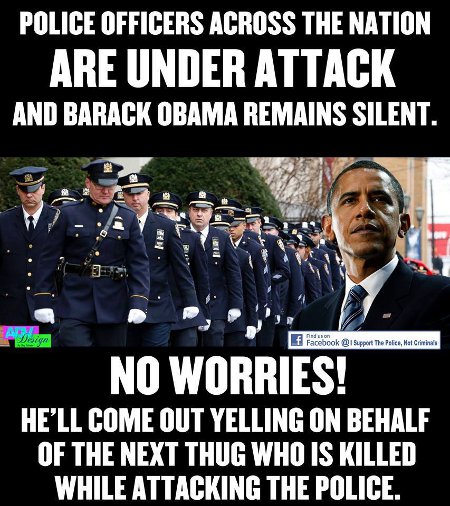 When Obama Is Silent & When He Speaks

Sadly, despite the claims of the Liberals and Progressives, Obama will likely not suffer any noticeably consequences for either his speech or his silence. The idea of theirs that one is never free from the consequences of one’s speech is not applied to one’s like Obama since he’s a Black and Blacks must never suffer such consequences.

This entry was posted on Tuesday, March 22nd, 2016 at 10:59 am and is filed under Politics. You can leave a response, or trackback from your own site.