END_OF_DOCUMENT_TOKEN_TO_BE_REPLACED

This entry was posted on Saturday, August 25th, 2012 at 12:23 pm and is filed under 2012 Election. You can skip to the end and leave a response. Pinging is currently not allowed. 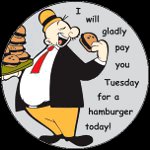 This entry was posted on Friday, May 11th, 2012 at 9:31 am and is filed under Politics. You can skip to the end and leave a response. Pinging is currently not allowed.

On Tuesday, September 8, 2009, President Obama gave his much anticipated – and dreaded by many American parents – speech to many of America’s school-aged children during what was for many of them the first day of their new school year.

Many Conservatives, fueled by the Obama campaign’s previous use of children (here and here), were terrified that President Obama would use his address to America’s children as a means of indoctrination and of furthering his Leftist agenda. It certainly didn’t help that the event included “lesson plans” for teachers to use in conjunction with contained exercises that instructed to the students to write “how they could help President Obama.”

President Obama’s actual speech though was utterly unalarming, surprising only in a Liberal’s repeated use of the word, “responsibility,” and focused tightly on admonishing students to stay in school and to study hard in order to succeed later in life.

It should be noted, however, that President Reagan’s and President Bush, Sr.’s speeches drew complaints from Liberals and that Congressional Democrats, unsatisfied with merely complaining, launched a fruitless investigation into the address’ funding sources.

When all is said and done, getting and using an education is each individual student’s responsibility and hardships, irrespective of their nature, source, or difficulty, are no excuse for failing to excel.

As far as can see, as long the content of the speeches is not indoctrination, such speeches are an acceptable outlet for President who wants to bolster his image or salve his ego. Who knows? They might even do a small bit of good and saving even one child from throwing away their education is worth at least the cost of such a broadcast.

The devil of course is in the details – the content of the speech’s message both spoken and implied.

END_OF_DOCUMENT_TOKEN_TO_BE_REPLACED

This entry was posted on Wednesday, September 9th, 2009 at 3:38 pm and is filed under Politics. You can skip to the end and leave a response. Pinging is currently not allowed.

“Trickle-down economics” and “trickle-down theory” are terms of political rhetoric that refer to the policy of providing tax cuts or other benefits to businesses and rich individuals, in the belief that this will indirectly benefit the broad population. Strangely it is believed that Will Rogers of western movie fame first coined the phrase during the Great Depression.

First there was President Ronald Reagan with his supply-side economic which were labeled Reaganomics. This was the first example of the now classic, post-Keynesian Trickle-Down Economics.

President Ronald Reagan was a strong proponent of Trickle-Down economics, and it was he who brought the term to the notice of the general population.

He believed that reducing taxes on capital gains, corporate income, and higher individual incomes, along with the reduction or elimination of various excise taxes would increase gross domestic product (GD) and that this would benefit the poor.

Despite the clear economics benefits of Reagan’s Trickle-Down Economics, it is generally considered to have been a failed experiment in in macro-economics. While median family income grew and interest rates, inflation, and unemployment fell faster under Reagan than they did immediately before or after his presidency, the income gap between the wealthy and the poor grew and the perceived benefits to the lower income quintiles was far less than expected.

The wealthy used their new tax breaks and deregulation to increase their wealth greatly, but only caused a tiny fraction of that increase in wealth to trickle down to the average American family. Greed won out.

Now we presidential hopeful, Sen. Barack Obama, who wants to increase income taxes on capital gains, corporate income, and higher individual incomes, along with increasing the payroll taxes on both employers and employees in the upper economic quintiles.

He believes this is necessary to provide immediate relief to the poor and middle-class.

Some might choose to describe this as Trickle-Up Economics, others would choose to describe this as Socialism – an intermediate step between Capitalism and Communism. In point of fact – and without the weighted rhetoric of politics – it is Demand-Side Economics as espoused by 20th-century British economist John Maynard Keynes. Sen. Obama’s economic plan is a return to the economic theories of Pres. Jimmy Carter’s administration.

Sen. Obama’s Trickle-Up Economics or Demand-Side Economics is based on the theory that by directly increasing the capital available to the lower income quintiles greater demand will be  generated for goods and services across all sectors of the economy. This is turn would generate greater supply and increase gross domestic product (GD) and that this in turn would benefit the poor even more.

Sen. Obama is forgetting to to take greed into account.

The wealthy will do what they can to protect their wealth.  Increasing their costs through taxation will lead them to take measures to offset the depredations of their wealth though a variety of methods. None of those methods will benefit America’s poor or middle-class.

Once again, as it did under Pres. Reagan, greed will have one out.

Reagan was an idealist and Obama is an idealist. Both men failed to fully take into account the level of greed in people when they put together their economic policies. The difference between the two lies in the effects of their disparate plans.

This entry was posted on Sunday, November 2nd, 2008 at 10:12 am and is filed under 2008 Election, Politics. You can skip to the end and leave a response. Pinging is currently not allowed.