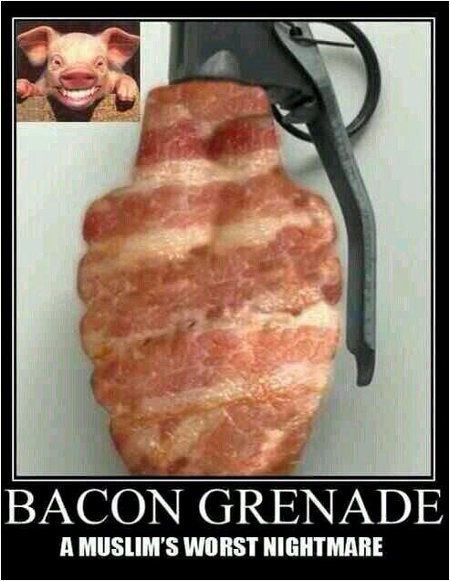 Focus On The Problem

On Christmas day, 2009, a filthy bush monkey jihadi and Al-Qaeda recruit from the cesspit of Nigeria, Abdul Farouk Abdulmutallab, tried to destroy a passenger jet as it came in to land at Detroit Airport. It tried to do so by detonating 80g of explosives sewn into its underpants. It failed.

The passengers and crew of Northwest flight 253, led by the brave Jasper Schuringa, captured the piece of filth after its crotch bomb failed to properly detonate and it was later turned over to the authorities upon landing.

My only issue is that it was turned over to its new zookeepers intact. While it had to be kept alive and able to respond to interrogation, it certainly didn’t need its eyes, genitals, or hands.

By Morrigu, if I had the opportunity, I would mutilate the animal – to ensure that it was safe to handle, as an object lesson for its nestmates, and to prevent it from ever again mocking humanity by looking a human in the eye, breeding more misborn crotch-droppings, or using tools.

The creature’s failed act of terrorism has raised some serious concerns about America’s and the Civilized World’s security policies. Sadly, members of my own titular political party, the GOP, have focused on the wrong issue. They’re complaining that the vermin was allowed to board flight 253 since it was on the Terror Watch List and its father – or at least the male that its mother claimed rutted it into her – had reported its jihadi tendencies to American authorities.

This is completely the wrong question and the wrong complaint. It reeks of both hyperpartisanship and seeking the easy, politically safe answer to the problem facing America and the Civilized World.

END_OF_DOCUMENT_TOKEN_TO_BE_REPLACED

This entry was posted on Tuesday, December 29th, 2009 at 1:49 pm and is filed under Politics. You can skip to the end and leave a response. Pinging is currently not allowed.