Obama got a lot buzz, and not a little boost in the polls, from Obama Girl back in the 2008 elections. Sadly for him, Amber Lee Ettinger aka Obama Girl, fell out of love with Obama after he became POTUS and failed to address the issues she cared most about – the economy and jobs.

“I know he’s getting a lot of flak for things that he’s not doing,” she told The Post. “In my opinion, I feel like he should be focusing a lot more on jobs and the economy.”

So with the unlikelihood of Obama Girl’s return for the culmination of Obama’s 4 year-long at that point reelection bid, Obama’s handlers will have to adjust things much as they did with his wealth distribution platform. 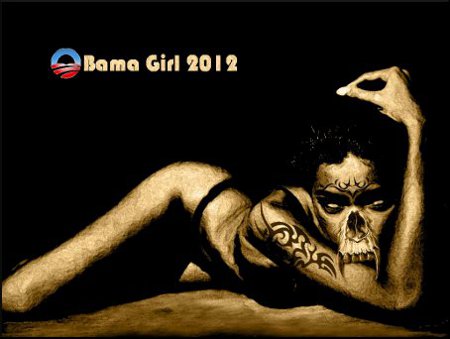 Early mock-ups seem to indicate that Team Obama is going for a “gritty reboot” of the Obama Girl franchise and hoping to tie more closely into the Occupy Wall St. “movement.”

This entry was posted on Tuesday, November 15th, 2011 at 12:45 pm and is filed under 2012 Election, Humor. You can skip to the end and leave a response. Pinging is currently not allowed.