If there was a shred of doubt remaining that CNN isn’t in the tank for Obama, the “interesting” question their White House correspondent Dan Lothian fed Obama during his Hawaiian “we’re lazy” tour put it rest.

“Last night at the Republican debate, some of the hopefuls, they hope to get your job, they defended the practice of waterboarding which is a practice you banned in 2009. Herman Cain said, quote, ‘I don’t see that as torture.’ Michele Bachmann said that it’s, quote, ‘very effective.’ So I’m wondering if you think that they’re uninformed, out of touch, or irresponsible?” CNN’s White House correspondent Dan Lothian asked President Obama in Hawaii.

Of course spoon feeding Obama questions like that are the best way of handling the boy, who’s not so eloquent without the TOTUS to guide him, and it’s certainly the best way of not having your White House correspondent lose all meaningful access to information from a White House hell-bent on controlling the message. 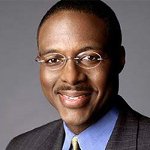 But then, a hope for this sort of questioning is likely why CNN appointed Dan Lothian as their White House Correspondent immediately after Obama’s election in the first place.

Lothian’s 2004 coverage of the 50th anniversary of the U.S. Supreme Court’s historic decision in Brown vs. Board of Education and Rosa Parks’ funeral in 2005 made him perfect for White House duty during Obama’s tenure.

On the brighter side, at least the Lamestream MSM isn’t trying to be subtle about their biases anymore. This is good for America since it’s much easier for American’s to deal with the quasi-journalistic fifth column when they’re not keeping their machinations subtle and behind the scenes.

This entry was posted on Monday, November 14th, 2011 at 4:34 pm and is filed under 2012 Election, Politics. You can skip to the end and leave a response. Pinging is currently not allowed.