Every US President in recent memory has had certain features or behaviors that have “distinguished” them. This has allowed comics and satirists easy and relatively harmless methods to lampoon the actions of these world leaders.

So – in homage to Garry Trudeau’s Doonesbury – I give you Barack Obama, the 44th President of the United States of America: 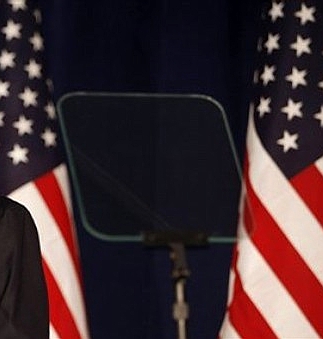 The 44th President of the United States

I admit that he’s not much to look at, but he’s a very fine speaker – and that’s what people wanted in their President after eight years of George W. Bush’s sincere but hardly well-spoken public addresses.

This entry was posted on Friday, March 6th, 2009 at 11:10 am and is filed under Humor, Politics. You can skip to the end and leave a response. Pinging is currently not allowed.