The drudges and slackers of the Occupy Wall St. – and the other cities where they’d gathered in their unwashed masses – bear a great and humorous resemblance to the pop culture meme of the zombie apocalypse.

Ugly, smelly, not-too-bright, and slow moving, with a taste for eating people – they slouch about and groan their chants while uninfected and uncorrupted people try to keep them at a distance. 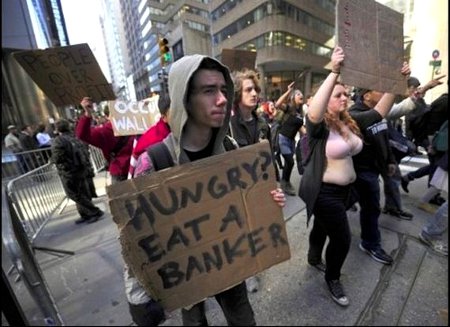 Of course, if these Liberal zombies had been moaning for “more brains” they and America wouldn’t be in this situation in the first place. 😉 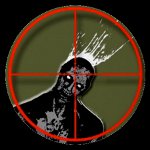 The funny thing is that these Liberal zombies with their desire to eat the rich have forgotten that popular culture also provides humans with a tried and true methodology of dealing with such a zombie apocalypse.

Head shots! They work every single time without fail. Additionally, in crowd situations, pass-through and missed shots will stop or slow down others in the drooling horde.

This entry was posted on Wednesday, October 12th, 2011 at 9:04 am and is filed under Humor, Politics. You can skip to the end and leave a response. Pinging is currently not allowed.