Things look incredibly bad for Biden (Pun very much intended) in that he’s got what should be an insurmountable credibility problem due to his raging mental incompetence and his own and his handlers’ stupidity. It’s reached such a climactic nadir that even the Democrats’ own Lamestream Media is reporting upon, if woefully.

Yeah, when NBC’s Chuck Todd laments the words and actions of a Democrat “POTUS” and MSM enhances that signal, that’s incredibly bad. I’m nigh on incredulous of how incredibly bad Biden’s credibility must be considered for this to have happened. 😆

“Well, look, I think he’s got a pretty big credibility crisis on his hands,” Todd said on NBC’s “Sunday Today.” “Because all of these problems, in some ways, showed up after he said something basically the exact opposite.”

Todd, who is also NBC News’s political director, mentioned the withdrawal of troops from Afghanistan, which he noted Biden told Americans would not be “messy” and would not look like Saigon in 1976.

On coronavirus vaccine boosters, Biden “came out and essentially indicated eight months, maybe as soon as six months … now, we’re not sure if anyone under 65 is going to get a booster shot,” Todd continued.

And on the border, where thousands of migrants are camped out in squalid conditions under a bridge in Texas, Todd said it has become “pretty clear we have a bigger problem now than we’ve had in years, and these policies have turned into becoming a magnet.”

And the sad part is that Todd is right. Everything major that has been happening since the Democrats installed Creepy Uncle Joe in the White House has been something Biden said absolutely wouldn’t happen. I’m pretty sure that he hasn’t been right once!

So, that’s incredibly bad for Biden and those who are running his “Presidency.”

This entry was posted on Wednesday, September 22nd, 2021 at 9:40 am and is filed under Politics. You can skip to the end and leave a response. Pinging is currently not allowed. 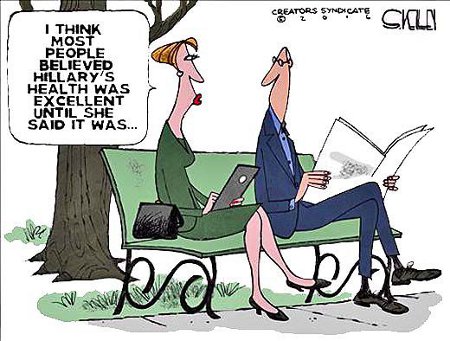 This entry was posted on Wednesday, September 7th, 2016 at 8:41 am and is filed under 2016 Election, Politics. You can skip to the end and leave a response. Pinging is currently not allowed.