The young woman in the picture is Cpl. Elinor Joseph. She has just recently, after serving as a medic within the military police at the Qalqilya crossing in the West Bank, been selected to be a Combat Medic in the Karakal Battalion, a light infantry battalion defending the relatively peaceful Israel-Egyptian border.  The Karakal Battalion, formed in 2005, is Israel’s only fully coed combat unit. 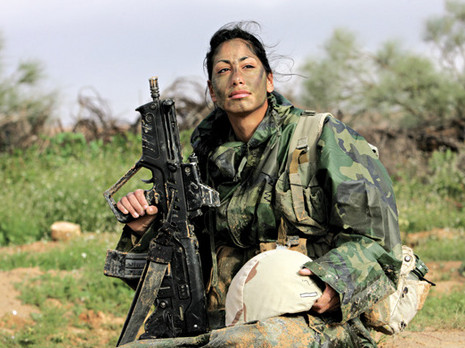 Cpl. Joseph is a very beautiful, extremely brave, and interesting person with an unusual history. I’m glad I got the chance to read of her and to write about her a little.

This entry was posted on Wednesday, August 11th, 2010 at 2:33 pm and is filed under Humor, Society. You can skip to the end and leave a response. Pinging is currently not allowed.