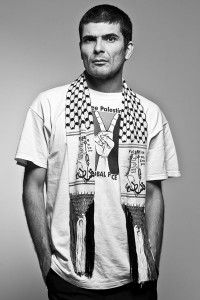 This entry was posted on Sunday, January 11th, 2009 at 7:40 am and is filed under Politics. You can leave a response, or trackback from your own site.

Sometimes it seems quite strange the way that the US conducts it’s affairs with other nations, especially with the Middle East and other Islamic states. Our policies have a strange mixture of friendship and belligerence, always overlayed with our near unconditional and total support for Israel. It sometimes seems as if the United States is the agent of Israel’s foreign policy instead of it’s own policies.

The odd behavior of the US in regards to Israel and its Arab and Persian neighbors makes a great deal more sense when one learns that a large number of very important people either in the US government or advising the US government hold dual Israeli-American citizenship!

END_OF_DOCUMENT_TOKEN_TO_BE_REPLACED

This entry was posted on Thursday, April 3rd, 2008 at 1:26 pm and is filed under Politics. You can leave a response, or trackback from your own site.