With the Republican Primaries all over but for formalities and the figuring out how to pay of the campaign debts Obama is cooking up what he hopes will be the recipe for keeping his job in November. 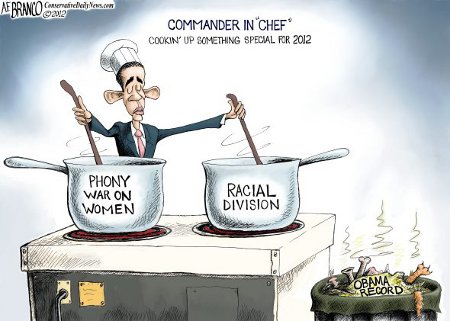 In truth that’s all the boy’s got in his pantry – gender, racial, and class division. He can’t run on his record and he can’t attract anyone new to his cause – himself – so all he can do is stir up enough hate to invigorate his base to vote for him.

Of course no American could expect otherwise from Obama, who has always approached the American people like Gordon Ramsay approaches kitchen staffs.