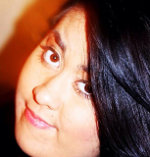 Sarah “Harvard” – not her real surname, instead one her sire changed it to after the Muslim attacks of 9/11 – is a Muslim who was born within America’s borders. From the age of eight she largely hid this fact. Finally, either out of self-loathing as she claims or because it became profitable for her, she came out of the closet.

She decided to write an article for Salon about it.

In “Confessions of a secret Muslim,” Sarah spends most of her time ranting about the supposed bigotry and “Islamophobia” of Americans after the heinous attacks by her coreligionists.

Right near the end of her screed, when she’s describing her friends reactions to her finally coming clean about being Muslim is where Sarah really outs herself and Islam though.

One raised his eyebrows in a way that expressed his silent disapproval. Another said, â€œItâ€™s OK. You assimilate, so youâ€™re a cool Muslim,â€ as if the millions of other Muslims in the world arenâ€™t â€œcool,â€ because they choose to remain faithful to their religion.

Finally, after 12 years of incessant lying, Sarah spoke the truth. Muslims cannot be a true part of Western, most especially American, society and culture while still being faithful to Islam. She unknowingly put the lie to the idea of the American Muslim in any context other than legalistic.

Simply put, America and Islam cannot coexist except through the same sort of segregation and isolation as the ultra-orthodox and Hasidic Jewish communities chose to employ within our borders.

This entry was posted on Sunday, March 23rd, 2014 at 11:49 am and is filed under Religion, Society. You can skip to the end and leave a response. Pinging is currently not allowed.