It seems that “Uncle” Joe Biden aka “The Gaffmeister” is considering running for the Democrats’ nomination in the 2016 Presidential elections. Reactions to this rumor have been mixed… 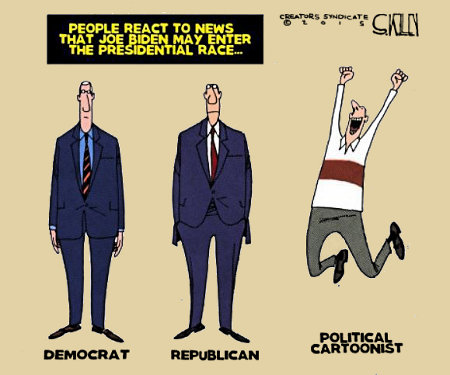 Of course the Lamestream Media’s reaction to the possibility of Biden’s running will be how to support his rhetoric while condemning Trump’s…and how to do so while not using the same words, e.g., folksy or rustic, with the same load of sarcasm and derision that they used with Sarah Palin.

This entry was posted on Sunday, August 30th, 2015 at 7:09 am and is filed under 2016 Election, Humor, Politics. You can skip to the end and leave a response. Pinging is currently not allowed.