For The Little Guy

The Biden-Harris campaign wants voters to buy into the fiction that they’re for the little guy and not for Big Business, despite their campaign being funded and supported by Hollywood, Big Tech, and a plethora of really big money donors. But then, that’s the standard Democrat campaign model, i.e., the standard, oft-repeated lie that they try to sell the voters in every single election.

No! The one who is rather ironically the candidate “for the little guy” is the billionaire, President Donald Trump. His policies have been largely targeted at improving their lot in life, and have shown more than a little success. Of course, that is either unreported, misreported, or called racist, populist, and/or nationalist by both the Dems and their media shills.

To further that irony to levels of absurdity that can only be reached in American politics, this all simply means that Biden is a normal, professional, establishment politician – Democrat or Republican – and President Trump is the statistical outlier who represents “Hope and Change!” 😆

This entry was posted on Thursday, October 22nd, 2020 at 7:28 am and is filed under 2020 Elections, Politics. You can skip to the end and leave a response. Pinging is currently not allowed. 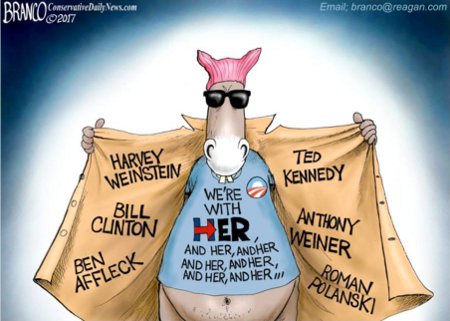