There are reasons why my ancestors struck terror into the hearts of the other peoples we encountered and it wasn’t just the fact that we were ferocious in war…and had an almost unseemly fondness for it. 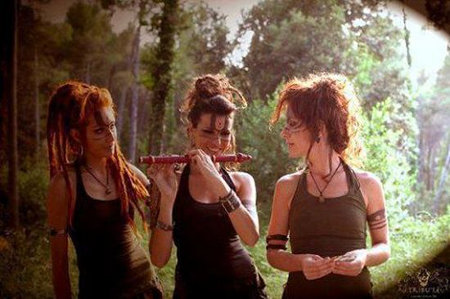 No our womenfolk, such as the three beautiful Celtic women above, struck at least as much terror into the hearts of others since they’ve been luring foreign men beyond The Pale (An Pháil), as it were, for millennia, and few of those men so lured ever desired to return home. 😉

This entry was posted on Monday, September 1st, 2014 at 9:09 am and is filed under Society. You can leave a response, or trackback from your own site.