A Sad But Fair Ruling 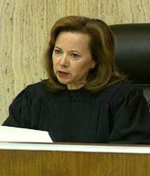 As pretty much everyone who’s even marginally aware of American politics knows, U.S. District Judge Susan Bolton on Wednesday, halted implementation of the parts of the law that require police to determine the status of people they stop and think are in the country illegally. She also forbade the state from charging anyone for a new crime of failing to possess immigration documents. Many people believe and are eager to say, either with glee or anger, that this is a victory for President Obama and a defeat for Arizona.

It was not, however, truly a victory for the Obama Regime, nor was it a defeat in Arizona’s defensive battle against the crime and destruction wreaked by the illegal immigrants invading from Mexico. All that actually happened was that Judge Bolton failed to hand Obama’s legal myrmidons a total defeat.

For Americans the preliminary injunction against enforcing some of the more active and probably more effective parts of Arizona’s SB 1070 is sad and more than a little frustrating, but it is a fair and practical measure for the court to take. With several lawsuits pending against Arizona’s new immigration law in addition to President Obama’s attack upon it, it makes sense to block enforcement of those parts of SB 1070 that would most likely result in the legal chaos and morass of wrongful imprisonment and civil rights lawsuits resulting from their being enforced and then overturned after they had been applied to people.

This entry was posted on Friday, July 30th, 2010 at 4:29 pm and is filed under Politics. You can skip to the end and leave a response. Pinging is currently not allowed.