Al-Jazeera, who first rose to infamy as the media mouthpieces for Al-Qaeda and Osama Bin Laden, are now one of the largest, if not the largest, media networks in the Muslim World.

Their apparent raison d’être is to promote Islamist political theory – in other words, Muslim Terrorism – and attack the Civilized World by ginning up anti-Western sentiments. Being Arabs, they intersperse this with the occasional anti-Persian and generalized anti-non-Arab screeds, irrespective of whether or not their victims are fellow Muslims.

There’s little or nothing that we of the Civilized World can do about this. In it’s original, Arabic form Al-Jazeera is completely foreign and almost solely works within the Muslim World, catering to the desires and “sensibilities” of the Arabic and Arabized Muslim World.

But they’ve also established an English language propaganda outlet, Al-Jazeera English, that seeks to both report within America and to be aired on American television. This is something that we, the People of America can and must do something about.

The peoples of the Civilized World, most especially America, must perform a very necessary currettement or curettage upon these dhimmi traitors and terrorist sympathizers. They must, as all diseased tissue and malignant foreign growths must be, scraped from the body of our nation. To continue the surgical metaphor, we must first keep the theater sterile then remove the malignant growths.

We must not allow their propaganda outlet to be aired upon American cable and satellite networks. To allow it would open the doors for them to get American advertisers which would be de facto lending material aid and comfort to the enemies of America and the Civilized World.

We must make it clear to these providers that we will not tolerate their spreading this infection within our borders. Likely we’ll have to this very clear and be willing to back it up because because dhimmi Muslim-appeasers such as the Arab, Juliette N. Kayyem, have infiltrated the Obama Regime and would like nothing better than for the FCC to coerce or outright force the cable and satellite providers to offer Al-Jazeera English – for the sake of appeasing the Muslims of course.

Scraping Away The Malignancy

Al-Jazeera English regularly sends teams of operatives within America in order to gain source material for the propaganda. These quislings and their Muslim handlers must not be allowed to continue this abominable practice. They must be stopped by any all means at our disposal.

We must each do as we can and as is needful to protect our nation. This is not a war that can be – or would be under the current regime even if it could – by our brave men and women of the US Armed Services. Each and every American must do his and her part, including the spending of our blood and treasure, to never allow that which is an abomination to us to operate freely within America or profit off it it to our detriment.

Indeed, this is more than a war; it is a matter of public health, disease control, and the sanctity of the body of America.

This entry was posted on Sunday, February 20th, 2011 at 12:38 pm and is filed under Politics, Society. You can skip to the end and leave a response. Pinging is currently not allowed. 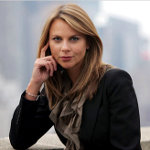