Obama’s handlers were really hoping that the Christmas shopping season would spike consumerism, create seasonal jobs that they could boast of, and put a bit of cheer into America’s economy and, much more importantly to them, the boy’s reelection chances. 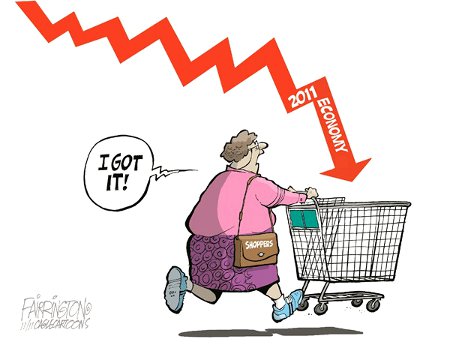 Sadly for them and their Campaigner-in-Chief, all indicators show that they didn’t make Santa’s nice list and we, the People chose to do what they refuse to – live more closely within our means.

Forget them getting such a present this holiday season. Given Obama’s and his handlers’ professed hatred for American produced fuel sources, they won’t even be getting a lump of coal this Christmas. 😛

This entry was posted on Sunday, December 11th, 2011 at 9:35 am and is filed under Humor, Politics. You can leave a response, or trackback from your own site.