Critics of Arizona’s attempt to defend its borders against the filthy criminal invaders that are overrunning the state, and who have becoming increasingly dangerous has drawn a lot of anger from the Liberals. 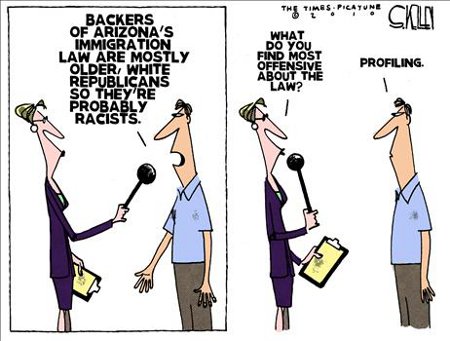 The underlying bone of contention – the argument over SB 1070 being only a symptom of a larger problem – is mostly over the differences between what Americans and Liberals respectively believe those few, limited circumstances in which racial profiling is somewhat useful actually are. 😉

This entry was posted on Thursday, August 5th, 2010 at 10:07 am and is filed under Humor, Politics. You can skip to the end and leave a response. Pinging is currently not allowed.

4 Responses to “Profiling Is Offensive?”