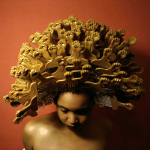 In recent years various Blacktivists, racial politicians, and race-baiting grievance-mongers have exhorted Americans to have a frank discussion on race and race relations in America. Every single occurrence of this, however, is nothing but cynical attempts to further their particular agendas.

The correct response from Americans is don’t discuss race at all at any time or in any place.

Discussing race is just allowing America’s domestic enemies to define the argument in the terms they’re comfortable with and ignoring science and reality while doing so.

Caveat: We do need to discuss race in the context of pathologies and medical outcomes because genetics and race play a part in those things.

Race is meaningless and is only used to provide a unassailable bulwark from which America’s domestic enemies can wage their culture wars. What matters is culture.

So, my fellow Americans, don’t discuss race. Discuss culture instead and watch the Liberals, Progressives, and minority grievance-mongers either scurry for cover or forget themselves and speak the truths that highlight the cynical grifting nature of their positions and goals.

This entry was posted on Sunday, July 28th, 2013 at 10:57 am and is filed under Politics, Society. You can skip to the end and leave a response. Pinging is currently not allowed.