One of the common refrains Americans have to endure from the Left is that we have to open our borders because Hispanic immigrants will do jobs and perform tasks that Americans just won’t do. 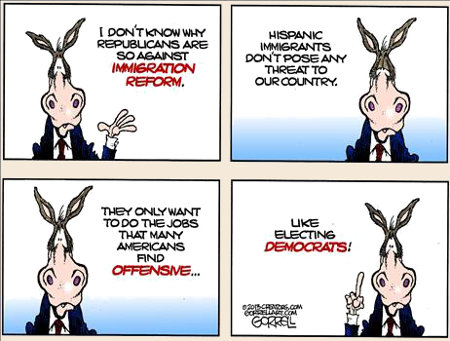 In this they may have a point. There are some things that Americans just won’t do that Hispanic immigrants will if they’re allowed to. Of course, this is much the same as every other low-end occupation considered ill-suited or demeaning to the average American. The Blacks already within America’s borders will lose out first and foremost and be supplanted by those Hispanic immigrants.

This entry was posted on Monday, July 22nd, 2013 at 3:57 am and is filed under Humor, Politics. You can leave a response, or trackback from your own site.