It truly seems that Creepy Uncle Joe is living down to his various nicknames, especially when it comes to rapists and pedophiles – at least non-White ones who’ve entered America illegally, often specifically for the heinous purpose of committing various sexual crimes.

Yes, Biden has eradicated ICE’s Operation Talon, which was focused on deporting convicted sex offenders illegally in the United States.

Sure, Operation Talon dealt with 19,752 illegal aliens with criminal convictions for whom the most serious prior conviction was a conviction for a sex-related offense over the course of its almost four years of operation. But, insofar as Biden and his handlers are concerned, this is a two-fold problem: One, that’s 19,752 non-White illegals who they can’t grant amnesty and a “path to citizenship” and the Democrats’ voter rolls to; and two, it was yet another successful, needed, and wanted program enacted by President Trump. And, those are the actual reasons for Biden ending Operation Talon.

And sure. 18 State’s Attorney Generals have petitioned to have Operation Talon reinstated. But they’re AGs for Republican-dominated states, so we all know that they’ll be ignored, largely because those states are on the hit list for the Dems and at least some portion of Biden’s act was meant to harm them.

And then, of course, I’m fairly sure that “Bad Hands” Biden himself is concerned about the prosecution and removal of sexual predators. 😉

This entry was posted on Tuesday, February 23rd, 2021 at 11:13 am and is filed under Politics. You can skip to the end and leave a response. Pinging is currently not allowed.

Thanks to Netflix’s decision to stream MaÃ¯mouna DoucourÃ©’s “touching,” “explorative,” and “feminist” work, “Cuties,” protecting children from pedophiles and general sexual exploitation has become a Right-Wing thing according to many Democrats and likely Democrats.

This entry was posted on Saturday, September 19th, 2020 at 11:16 am and is filed under Politics, Society. You can skip to the end and leave a response. Pinging is currently not allowed. 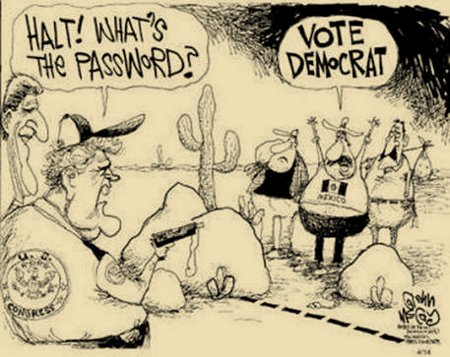 This entry was posted on Thursday, June 2nd, 2011 at 9:00 am and is filed under Politics. You can skip to the end and leave a response. Pinging is currently not allowed.