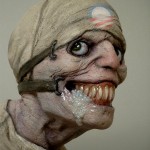 The overwhelming majority of Americans, and not a few Liberals as well, think of Obamacare as an unremitting and unalloyed failure – a chimaerical disaster unequaled in American history.  For Americans, however, this is not exactly true; it does have an upside. The Obamacare upside is that it might just be straw that breaks the camel’s back when it comes to the labor unions and their strangling of American industry.

Indeed, last week the 22,000-member-strong United Union of Roofers, Waterproofers and Allied Workers (UURWAW) – an AFL-CIO cell – not only ended their support of the PPAC, they are now calling for its repeal.

This entry was posted on Sunday, April 28th, 2013 at 2:57 pm and is filed under Politics. You can leave a response, or trackback from your own site.