How The Worm Has Turned 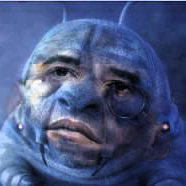 One of things that amazes me is the Liberals’ and Progressives’ quasi-religious belief that Obama is a man of principles. It beggars my credulity each and every time they espouse it.

From what I can see, Obama has no principles. He takes whatever stance he thinks will benefit him right now, caring not at all if his position of the day is diametrically opposed to his position of of yesterday.

A very topical case in point is the unresolvable conflict between Obama’s position on raising the debt ceiling in 2006 vs. his position on doing the same today.

The fact that we are here today to debate raising America’s debt limit is a sign of leadership failure. It is a sign that the U.S. Government can’t pay its own bills. It is a sign that we now depend on ongoing financial assistance from foreign countries to finance our Government’s reckless fiscal policies.

Over the past 5 years, our federal debt has increased by $3.5 trillion to $8.6 trillion. That is “trillion” with a “T.” That is money that we have borrowed from the Social Security trust fund, borrowed from China and Japan, borrowed from American taxpayers. And over the next 5 years, between now and 2011, the President’s budget will increase the debt by almost another $3.5 trillion.

Numbers that large are sometimes hard to understand. Some people may wonder why they matter. Here is why: This year, the Federal Government will spend $220 billion on interest. That is more money to pay interest on our national debt than we’ll spend on Medicaid and the State Children’s Health Insurance Program. That is more money to pay interest on our debt this year than we will spend on education, homeland security, transportation, and veterans benefits combined. It is more money in one year than we are likely to spend to rebuild the devastated gulf coast in a way that honors the best of America.

And the cost of our debt is one of the fastest growing expenses in the Federal budget. This rising debt is a hidden domestic enemy, robbing our cities and States of critical investments in infrastructure like bridges, ports, and levees; robbing our families and our children of critical investments in education and health care reform; robbing our seniors of the retirement and health security they have counted on. Every dollar we pay in interest is a dollar that is not going to investment in America’s priorities. Instead, interest payments are a significant tax on all Americans â€” a debt tax that Washington doesn’t want to talk about. If Washington were serious about honest tax relief in this country, we would see an effort to reduce our national debt by returning to responsible fiscal policies.

But we are not doing that. Despite repeated efforts by Senators Conrad and Feingold, the Senate continues to reject a return to the commonsense Pay-go rules that used to apply. Previously, Pay-go rules applied both to increases in mandatory spending and to tax cuts. The Senate had to abide by the commonsense budgeting principle of balancing expenses and revenues. Unfortunately, the principle was abandoned, and now the demands of budget discipline apply only to spending. As a result, tax breaks have not been paid for by reductions in Federal spending, and thus the only way to pay for them has been to increase our deficit to historically high levels and borrow more and more money. Now we have to pay for those tax breaks plus the cost of borrowing for them. Instead of reducing the deficit, as some people claimed, the fiscal policies of this administration and its allies in Congress will add more than $600 million in debt for each of the next 5 years. That is why I will once again cosponsor the Pay-go amendment and continue to hope that my colleagues will return to a smart rule that has worked in the past and can work again.

Our debt also matters internationally. My friend, the ranking member of the Senate Budget Committee, likes to remind us that it took 42 Presidents 224 years to run up only $1 trillion of foreign-held debt. This administration did more than that in just 5 years. Now, there is nothing wrong with borrowing from foreign countries. But we must remember that the more we depend on foreign nations to lend us money, the more our economic security is tied to the whims of foreign leaders whose interests might not be aligned with ours.

Increasing America’s debt weakens us domestically and internationally. Leadership means that “the buck stops here.” Instead, Washington is shifting the burden of bad choices today onto the backs of our children and grandchildren. America has a debt problem and a failure of leadership. Americans deserve better.

I therefore intend to oppose the effort to increase America’s debt limit.

Oh how the worm has turned in a few, short years – and Obama bears far more resemblance to a worm than he does he does a man, being only only a crude and cruel mockery of the latter. Then raising the debt ceiling was tantamount to treason; now do doing so is, according to Obama, tantamount to treason. The difference being solely the allegiance and race in question.

I will point out that worms belong either in the ground or on hooks. They never belong befouling the homes or businesses of Man. They certainly don’t belong in the White House.

Of course, in 2006 then-Senator Obama was speaking to a POTUS who was both Republican and White. He was at that time speaking to a man who was his enemy and the enemy of his core constituency. Hence, it is natural for the boy to rant against a request to raise the federal government’s credit line just as it would have been, and still is, natural for the boy to rant and rail against anything and everything Republicans and Whites do or say. It’s not a matter of conviction or principle on Obama’s part; it’s a matter of ideological and racial angst, fear, and hate.

Now it’s Obama calling for yet another increase in the debt ceiling and, as he’s both a Democrat and identifies as a Black – in truth, the boy’s a mulatto, but he’s rejected his White heritage except for the money and stability – so it must good, right, and proper for him to do so and any dissent must be racist.

No. Obama doesn’t have principles. The boy’s only got himself and his narcissistic delusions. He’ll say and do anything to further the image he’s projected of- and for himself.

This entry was posted on Friday, October 11th, 2013 at 10:08 am and is filed under Politics. You can skip to the end and leave a response. Pinging is currently not allowed.

5 Responses to “How The Worm Has Turned”