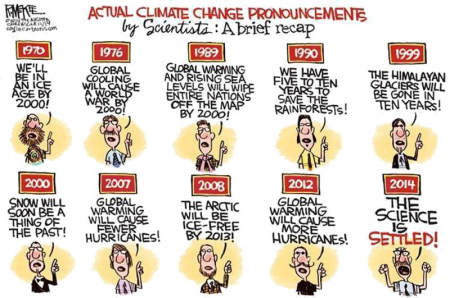 This entry was posted on Friday, December 12th, 2014 at 9:26 am and is filed under Humor, Politics, Society. You can skip to the end and leave a response. Pinging is currently not allowed.

DuPont Settles on SO2

The Department of Justice (DOJ) and U.S. Environmental Protection Agency (EPA) has announced a settlement with E.I. Du Pont de Nemours & Co. that is expected to reduce more than 13,000 tons of harmful emissions annually from four sulfuric acid production plants in Louisiana, Virginia, Ohio and Kentucky.

DuPont will spend at least $66 million on air pollution controls at the plants and pay a civil penalty of $4.125 million under the Clean Air Act settlement. The state governments of Louisiana, Virginia and Ohio colaborated with the federal government in the agreement and each will get shares of the civil penalty.

DuPont has agreed meet new, lower emission limits for sulphur dioxide (SO2) at its sulfuric acid production factories in Darrow, La.; Richmond, Va.; North Bend, Ohio; and Wurtland, Ky. At the plant in Darrow, the largest of the four, DuPont will install state-of-the-art “dual absorption” pollution control equipment by Sept. 1, 2009, at an estimated cost of $66 million. At the other three plants, DuPont has the option of installing appropriate control equipment or ceasing operations to meet the new lower emission limits. The additional cost of installing control technologies at all of the remaining three plants, if Du Pont does so, is estimated to be at least $87 million. All four plants must meet their lower emission limits by March 1, 2012. When fully implemented, the settlement with Du Pont will reduce sulfur dioxide emissions from the four plants by approximately 90 percent.

This entry was posted on Saturday, July 21st, 2007 at 3:13 pm and is filed under The Environment. You can skip to the end and leave a response. Pinging is currently not allowed.