True, it most likely would not get the American people the incriminating evidence that Lerner’s bosses – and their boss – destroyed rather than submit to the subpoena for it. But it would probably be enough to get Obama to assassinate Snowden, so it’s really a no-lose proposition.Â  😉

This entry was posted on Monday, June 30th, 2014 at 9:05 am and is filed under Humor, Politics. You can skip to the end and leave a response. Pinging is currently not allowed. 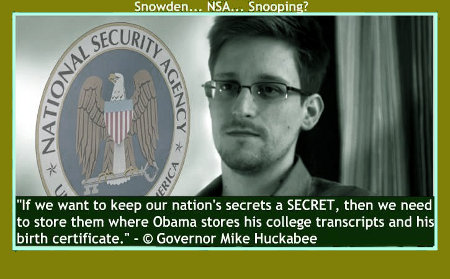 This entry was posted on Saturday, January 25th, 2014 at 9:13 am and is filed under Humor, Politics. You can skip to the end and leave a response. Pinging is currently not allowed.